People.   Faces, really; that’s the most interesting bit of any person, and lighting brings the face alive – sometimes almost literally, in the modelmaking department at Wimbledon School of Art

I recently photographed a delightful man called Tim Andrews.  Tim has undertaken a huge project over the past decade, getting himself pictured by literally hundreds of photographers.  ( I was no.  384 )   I did the shots on the beach at Saltdean, under the cliffs, for reasons which will become clear when you read Tim’s blog  – ‘Over The Hill’    where this picture is featured.   Tim titled it ‘Here Today’.   http://timandrewsoverthehill.blogspot.co.uk/  and  http://timandrewsoverthehill.blogspot.co.uk/2016/03/here-today-by-strat-mastoris.html

Lots of people need headshots – theatre people especially – and I photographed both Monty Python’s Carol Cleveland and director and trainer Mark Wilson in my studio.

Some people try to make do with just a ‘selfie’, though actually this was shot in the studio too . . . 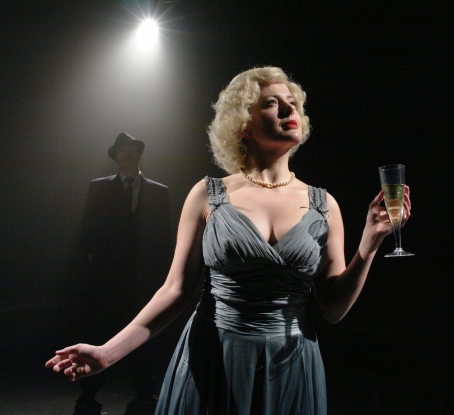 I was able to use a theatre space, complete with a haze machine, to produce the ‘noir’ lighting for actress Emmie Spencer, here playing Ruth Ellis, the last woman in Britain to be hanged for murder. 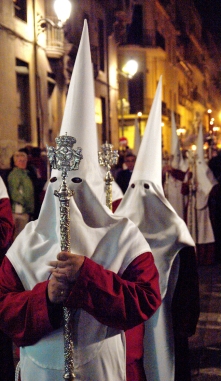 Sometimes you can see right inside a person’s head, as with this one  for the UK Medical Research Council – and sometimes you can’t see anything at all, like these Easter penitents in Granada …

The light makes this bas-relief look like stone, but actually it’s bronze.  Soldiers are supposed to be ‘uniform’, but just look at the stubborn individuality on the faces of these Tommies.  It’s a detail from the Liverpool Cenotaph, Lionel Budden’s war memorial to the dead of the Great War.