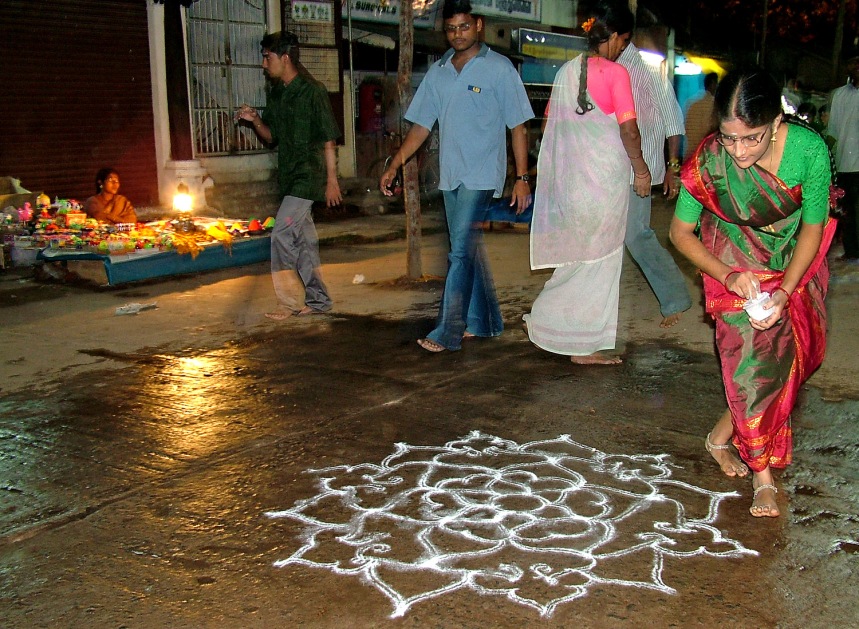 Welcome.   (That’s what the mandala represents)    They say that travel broadens the mind.

For me, it’s not so much the “Oooh!, that’s fantastic” as the “Aaah!, that’s really interesting”.   It’s about how they do things differently in another culture.

I’ve travelled to quite a few countries, but India is unforgettable.  A billion people, with a rich heritage, who look set to be one of this century’s superpowers.  But it’s a country of contrasts – temples and telecommunications, Bollywood and ballistic missiles.

Take a close-up look at the carvings on the Meenakshi Temple in Madurai, Tamil Nadu.

The cool of evening shows off the elegance of Marine Drive, the corniche in Mumbai, but in the

I already knew about rice paddyfields, but  I’d never imagined that passing vehicles could be used for roadside threshing.  But what else do you do if you’ve got no money for equipment – but are very bright and innovative?

Transport varies from the modern to the traditional  . . .

entire lives serving one of one of the many, many Hindu gods.   But it can also be a violent society – any self-respecting politician sports a crisp white shirt … and a bodyguard with a submachine gun. 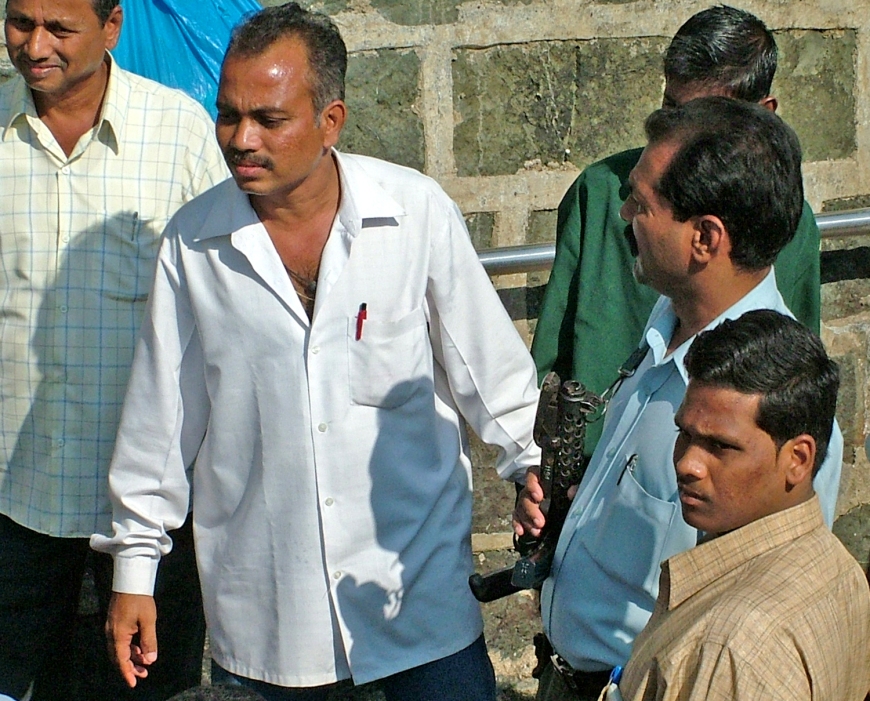 The country’s powerful and sophisticated military is primarily focused on Pakistan, but they also face internal challenges from Naxalite Maoist

As well as Hindus, India is home to a multitude of Muslims,

too.  Outside the calm of the mosque, though, there’s usually the crush of traffic.

Not just Hindus and Muslims – many other religions have a home here.  In Cochin the spice trade was started by the Portuguese, but there were numerous Jewish merchants, enough to name a district.  I mentioned history on the home page – how’s this for a portrait of the immense cultural and political changes that took place through the twentieth century?

Empire rule – the Raj – didn’t end until 1947. Between the wars the British put up a lot of buildings in ‘their’ country.

This Art Deco apartment block in Mumbai now houses the offices of a bank.

And take a look at an Indian role model. Remember the airline pilots on cigarette packs in the UK?

The essentials of life.   Clothes are often washed in the lake …

and if literacy, or lack of equipment, is a problem, you can find someone to write a letter for you – on a good old fashioned green typewriter.

Or maybe you’re ready for a cup of tea.